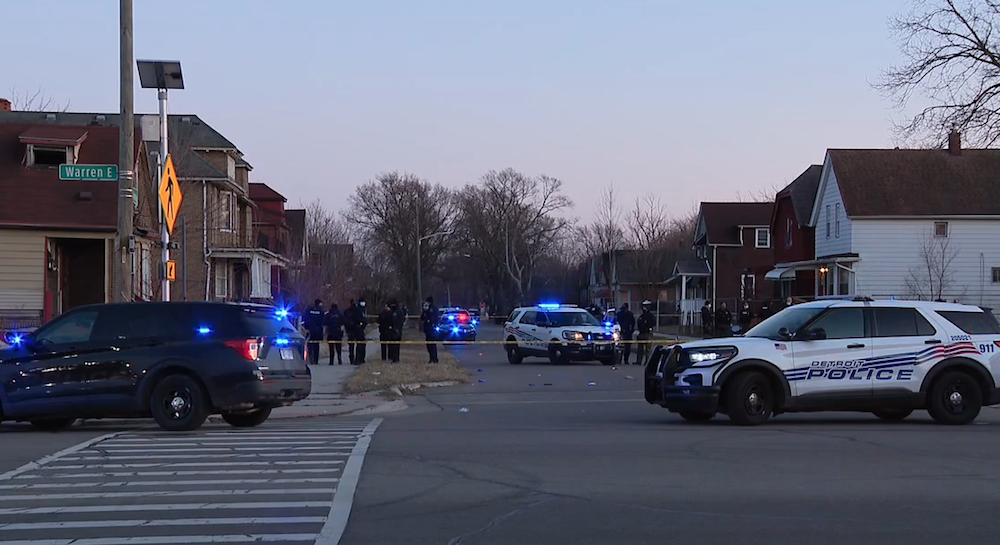 A Detroit officer shot and seriously wounded a man in his 20s Thursday after he pointed an AR-15 rifle at police on the east side, the department says

The man was first seen walking into a Sunoco gas station at E. Warren and Cadillac at about 5 p.m. with the assault weapon, Randy Wimbley of Fox 2 reports. He appeared to be agitated and possibly intoxicated, and tried to go behind the counter.

After leaving the station, he walked down the 4700 block of Pennsylvania. When police arrived, he ran into a home and barricaded himself, the station says reports.  Numerous times he came on the porch and pointed the gun at officers.

"The officers were very patient and tried to de-escalate the situation," Commander Darin Szilagy told the media after the incident.

At some point, the man left the home, walked down the street and pointed his weapon at officers, Szilagy said. One of the officers fired one shot at the man, who is in temporary serious condition, Fox 2 reports.