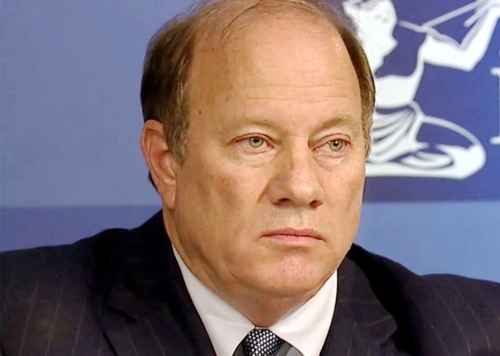 "I think we've got a major wave coming over the next two or three months," the mayor said Tuesday in an interview with the Detroit News at the Mackinac Policy Conference.  "And so our focus is entirely on getting people through the next wave.

"October and November are the beginning of our natural flu season. The kind of stories you've seen in Florida and Texas, you're going to see in Michigan. This is compounded by the fact the hospitals are talking about being full now — they're not full because their beds are full, they’re full because they can't fill staff positions.

"If you combine a surge in patients with the difficulty filling staff, I think we're going to have a major problem in Michigan in the next couple of months."

In Detroit, only about 45 percent of the residents are fully vaccinated.

Duggan's statements echo remarks made by Dr. Anthony Fauci, who last month warned of difficult times ahead in the U.S. because of the Delta variant.

“Things are going to get worse," Fauci said on ABC's "This Week" Sunday show. “We’re looking to some pain and suffering in the future because we’re seeing the cases go up,”

Duggan's remarks came a day before the state on Wednesday reported that Michigan had surpassed the 1 million mark for Covid cases. Michigan has now recorded 1,001,989 cases and 20,781 deaths.

Nationwide, nearly 680,000 people have died from Covid since the outset of the pandemic in early 2020. -- Allan Lengel

Developer admits bribing this Taylor mayor, who goes on trial in January